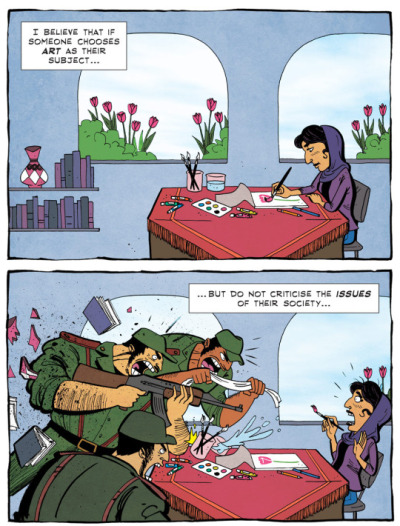 Atena Farghadani is a 28-year-old Iranian artist. She was recently sentenced to 12 years and 9 months in prison for drawing a cartoon.

This cartoon, that she posted on her Facebook page last year, depicts members of the Iranian parliament as animals. It was drawn in protest of new legislature in Iran that will restrict access to contraception and criminalise voluntary sterilisation. Atena’s charges include ‘spreading propaganda against the system’ and ‘insulting members of parliament through paintings’.

Last August, 12 members of the elite Revolutionary Guard came to Atena’s house, blindfolded her and took her to the infamous Evin Prison in Tehran. According to Amnesty International:

“While in prison last year, Atena flattened paper cups to use them as a surface to paint on. When the prison guards realised what she had been doing, they confiscated her paintings and stopped giving her paper cups. When Atena found some cups in the bathroom, she smuggled them into her cell. Soon after, she was beaten by prison guards, when she refused to strip naked for a full body search. Atena says that they knew about her taking the cups because they had installed cameras in the toilet and bathroom facilities – cameras detainees had been told were not operating.”

She was released in November and gave media interviews and posted a video on YouTube detailing her beatings, constant interrogations and humiliating body searches. She was then rearrested possibly in retaliation for speaking out and has been imprisoned ever since. In January, Atena went on a hunger strike to protest the horrible prison conditions. Her health suffered dramatically, and after losing consciousness and suffering a heart attack in February, she was forced to eat again.

The quote used in the comic is taken from the speech Atena gave at her trial. It has been translated into English by the Free Atena Facebook page. You can read the whole thing here.

Time is now against her, she has just two weeks to lodge an appeal. Michael Cavna, comic journalist for The Washington Post, has launched a campaign appealing to artists to help bring awareness to Atena’s case by creating their own artwork in support of Atena and using the hashtag#Draw4Atena. Can a bunch of artists and a hashtag really make a difference and put pressure on the Iranian Government to release Atena? Probably not. But just remember that Atena is currently in prison enduring horrible conditions, and if her appeal isn’t successful, she will be there for another twelve years. FOR DRAWING A CARTOON AND POSTING IT ON FACEBOOK. Don’t we owe it to her to at least try?

Alot worse actually happens out there.. once Being a soldier (which turned me into an activist) showed me..

It’s Microbiome Monday again! Before the Museum’s upcoming exhibition The Secret World Inside You opens November 7, we’re offering weekly primers on the microbiome and the research surrounding it from Curators Rob DeSalle and Susan Perkins, as well as from other scientists who are working in this exciting field.

Today’s post from Dr. Perkins explores how microbes help animals of all kinds—from wood-eating termites to human gourmands—digest food and get the most nutrition out of our meals.

In New York, an order of chow mein may always be just a phone call away, but for most animals, getting a meal is harder work. To find food more easily, some forms of life exploit food sources that are otherwise unavailable to most other organisms, like wood, plant sap, and blood. While man may not be able to live by bread alone, a leech can get by on nothing but blood for its whole life. Making these limited diets work is a team effort, though, in which microbial partners provide missing nutrients.

Wood-eating insects like termites and woodroaches host bacteria, archaea, and protists in their guts that help to convert the tough cellulose fibers of food back into simple sugars. Aphids suck up sugar-rich plant sap, but rely on symbiontic bacteria called Buchnera to provide them with protein. And blood is easy to digest and full of both sugars and protein, but notoriously lacking in B vitamins, so animals like tsetse flies and leeches thus have their own symbiotic bacteria to round out their nutritional needs. In most cases, these partnerships are so important that the microbes are inherited vertically—just like the DNA passing from parent to offspring—to ensure that the new generation has the symbionts it needs to eat well in place.

Unlike these specialized species, humans are notorious omnivores, much like our cousins, chimpanzees and bonobos. That’s why primate microbiomes may seem more flexible and fungible. A recent study compared the gut microbiomes of humans from various parts of the world to those in chimps, bonobos, and gorillas.

Overall, the human gut microbiomes showed significantly less diversity than those of wild primates, and underscored some differences in our diets. For instance, the genus Fibrobacter, active in fermenting plant material, is all but gone in people, whereas Bacteroides, which is associated with diets rich in animal fats and proteins, is much more abundant—by a factor of five—in humans than apes.

Within humans, though, we still are varied eaters. Vegan, gluten-free, pescatarian, Paleo—these are just a few of the dietary restrictions people commonly adhere to. Scientists are now looking at the relationship between these diets and our gut microbiomes, because the bacteria play such fundamental roles in our digestion as well as contributing to our immunity, weight, and propensity to chronic diseases.

For meat-lovers, an important set of studies recently brought a dose of bad news. Researchers at the Cleveland Clinic have demonstrated that our gut bacteria convert carnitine, a compound found in high proportions in foods like red meat, and choline, which is abundant in eggs, to the by-product trimethylamine N-oxide (TMAO), which can be an indicator of heart disease risk.

Interestingly, vegetarians who were given a steak or other red meat did not show subsequent high levels of TMAO, suggesting that their microbiota contain fewer of the microbes that make TMAO. While diet is just one factor that contributes to heart disease or other ailments, this study suggests that a “flexitarian” diet—mostly  vegetarian with occasional meat— might be the healthiest of all.

This post was originally published on the Museum blog. 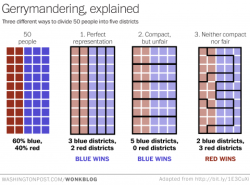 This is the best explanation of gerrymandering you will ever see.

Our favorite GIFs from the pennant clinching celebration. 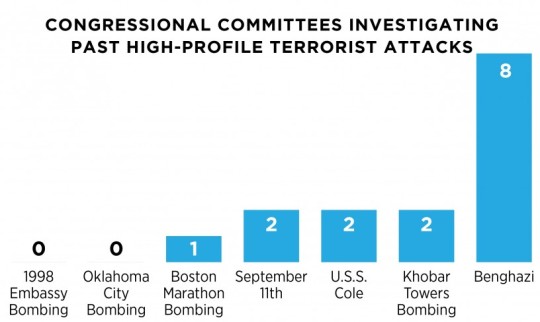 Proof That The Benghazi Investigation Is Totally Unlike Any Other, In Two Charts

On Thursday, Democratic presidential candidate Hillary Clinton will testify in front of the House Select Committee on Benghazi, where Republicans will try to prove that the former secretary of state mishandled the events leading up to and following the 2012 terror attack on the U.S. consulate in Benghazi, Libya. 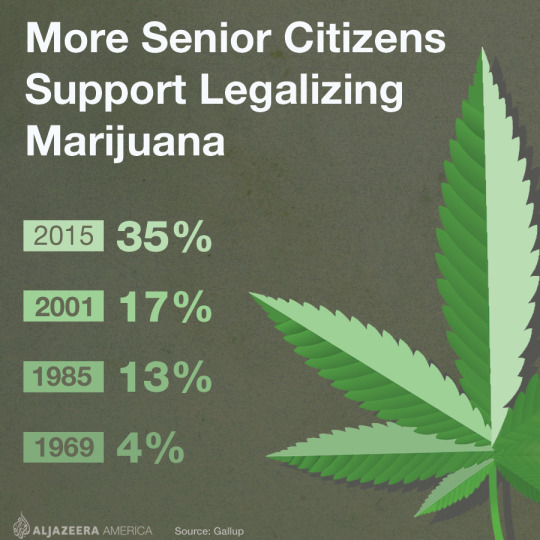 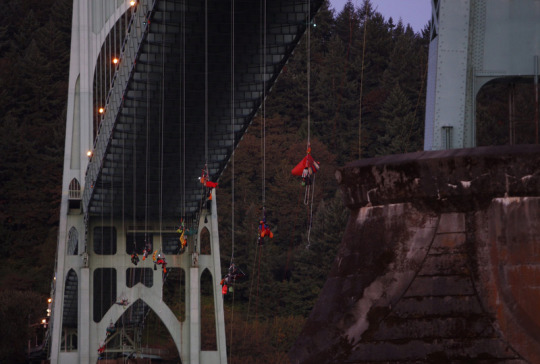 “Not today, Shell!” an anchor support yelled from a Portland bridge as 13 climbers hung below for the 29th consecutive hour.

Cheers and chants were heard from land and water around 7:30 a.m. Pacific Time Thursday, as a Royal Dutch Shell ship slowly turned around in the water and retreated from the bridge. The Arctic-bound ship stopped in its tracks Thursday during its second attempt to reach a Shell drilling site. The oil company aborted its first attempt early Wednesday morning, when Greenpeace activists rappelled off of St. John’s Bridge in Portland, Oregon with the support of assistants and “kayaktivists” on the water, two hours before the icebreaking vessel was scheduled to leave. The ship’s second attempt also failed. 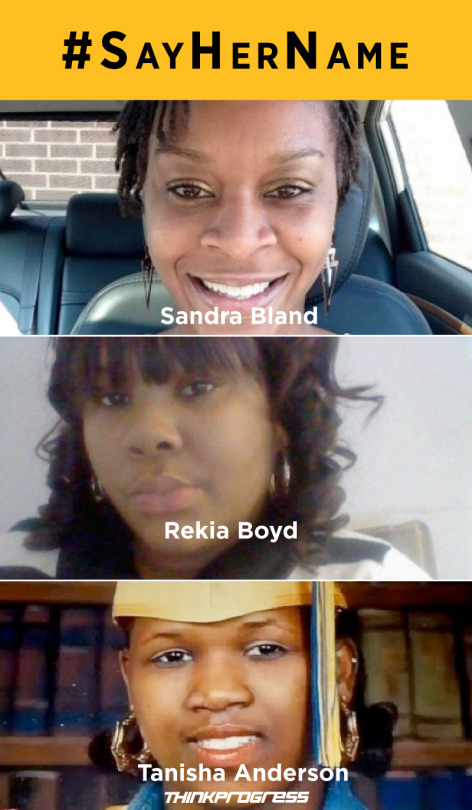 In McKinney, Texas, 15-year-old Dajerria Becton was tackled to the ground, kneed in the neck, and handcuffed by a  police officer while she was wearing a bikini. In Cleveland, Tanisha Anderson, a schizophrenic and bipolar woman, was allegedly slammed to the ground in front of her family, before dying in police custody. In Chicago, 22-year-old Rekia Boyd was accidentally shot in the head by an officer who opened fire on a group gathered in an alley. 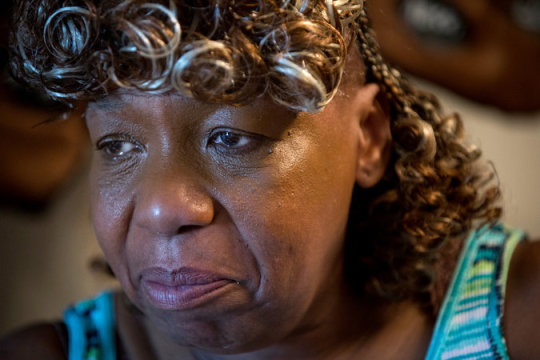 The New York Times: New York City has settled with the family of Eric Garner, agreeing to pay $5.9 million in the case over his killing by police last July, a lawyer representing the family said Monday.

"We made a terrible mistake 30 years ago when we created the laws that sent these men and women away for so long." - President Obama, granting clemency to 46 non-violent drug offenders 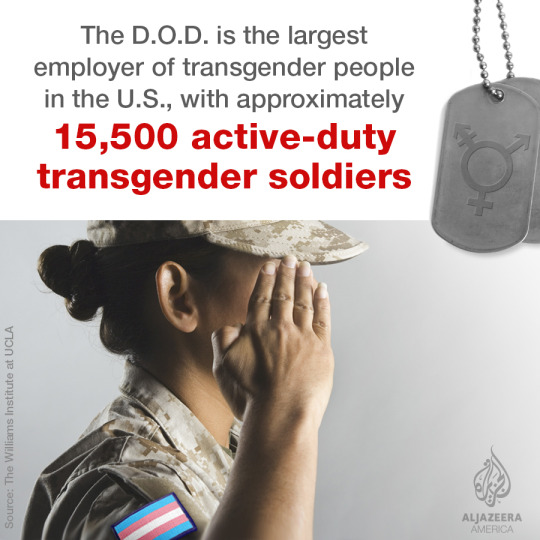 Serving in secret: Being transgender in the US military 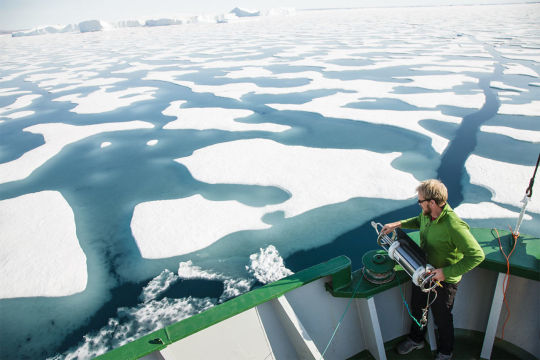 Sad climatologists are sad: With Game Over for the climate and civilization, Esquire reports a wave of depression and PTSD among scientists who know what’s coming and can’t really talk about it. 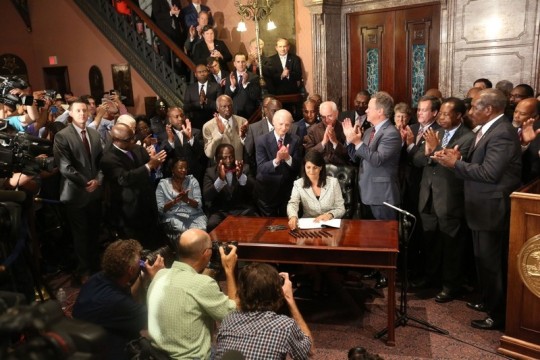 The Post and Courier: South Carolina Gov. Nikki Haley signed a measure to remove the Confederate flag from Statehouse grounds on Thursday. Relatives of the victims of the Charleston church massacre were among those present at the bill signing.

Photo: S.C. Gov. Nikki Haley signs the legislation that will remove the Confederate flag from Statehouse grounds during a ceremony at the Statehouse Thursday. (Grace Beahm/Post and Courier) 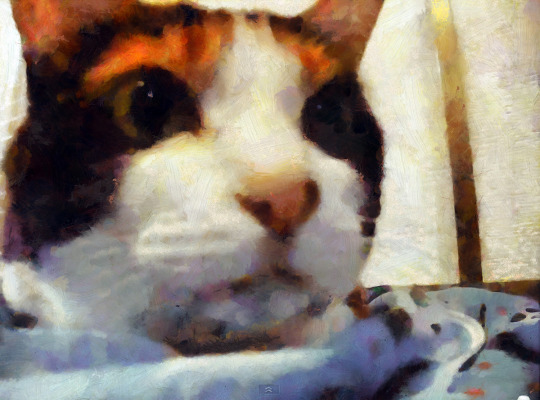 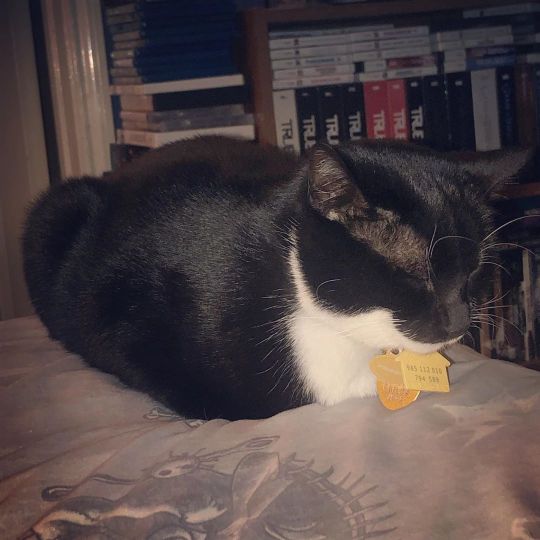 I love when cats teapot. It’s so cute. And yes, when a cat sits like this I call it “teapotting”, because, well, they look like a teapot.

#AtoZChallenge | D is for Dogs from the first hello to the last goodbye.

My latest blog post… #AtoZChallenge | D is for Dogs from the first hello to the last goodbye.

Sitting cross legged on the living room floor as puppies with sporadic control over their limbs climbed all over us, jostling one another for high ground so they could lick our faces, is a treasured memory.

The parents of this rambunctious lot were both black labs with loads of energy, which in hindsight should have been a deterrent. The litter was a Neapolitan mix of three chocolate, three black… 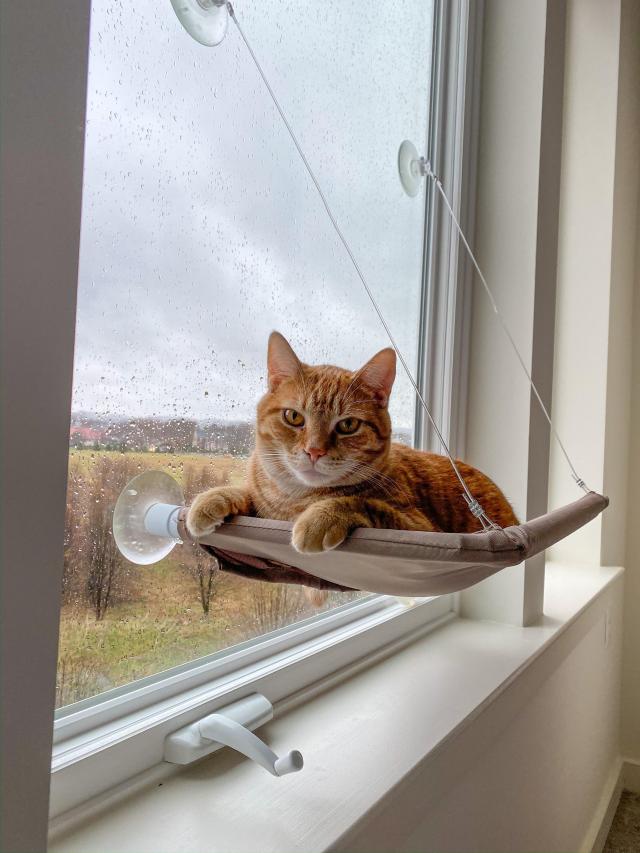 Percival “Smedley” Munby Quartermaine dreams of the dishes he can cook up during his isolation.

My cats are so destructive but I love then 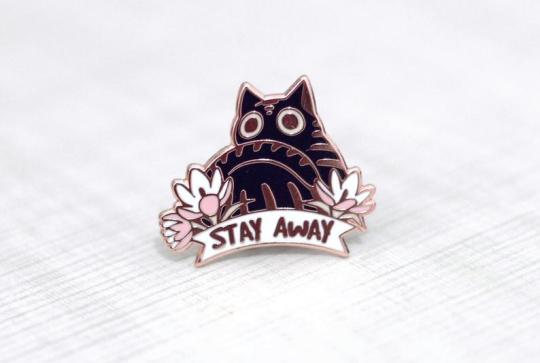 Stay Away Kitty by FishiebugArt 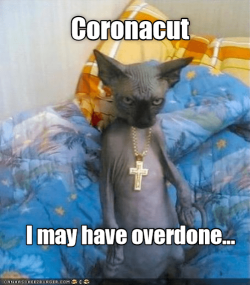 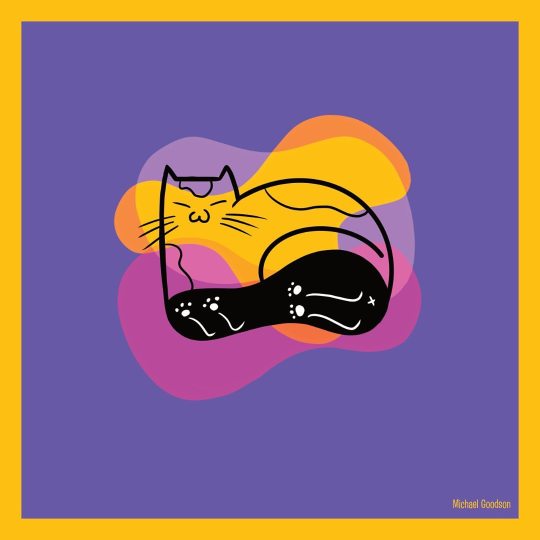 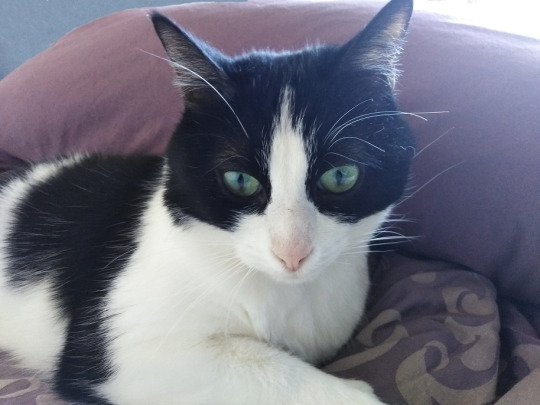 How I entertain my cats during the quarantine 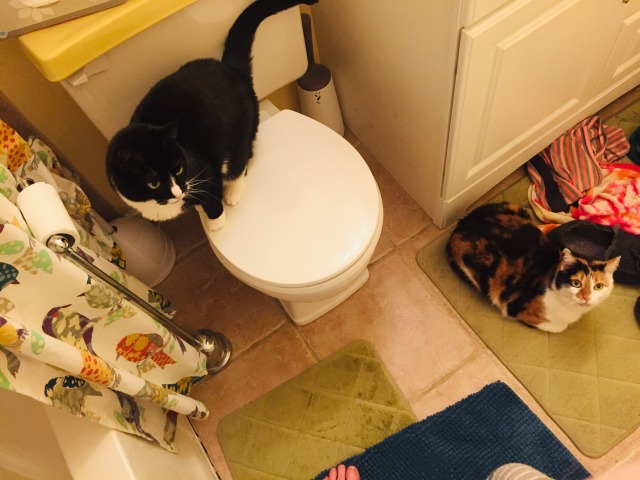 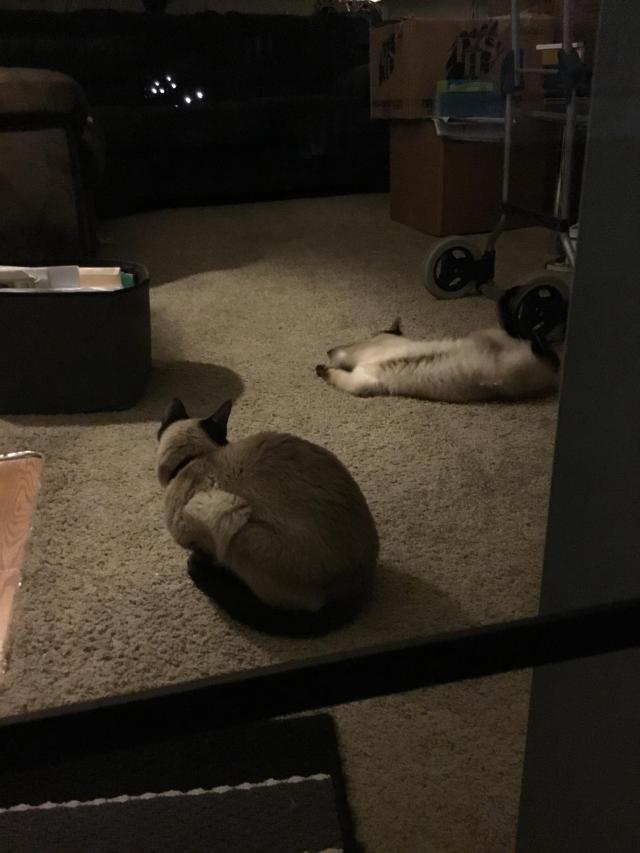